Cthulhu Mythos (Innsmouth Free Press): August Derleth has been the

whipping boy for HPL fans since 1939, when he created Arkham House with Donald Wandrei, a publishing concern specifically created to get the works of H.P. Lovecraft into hardcovers. Like many Mythos fans, I have read the “posthumous collaborations” and find them middling-to-dull. What I had not known at the time I read them was that August Derleth had written them largely as promotional devices for the Arkham House books, appearing in Weird Tales and other publications where HPL fans would be.

Gaming (Kairos): The gamer scene has been in an uproar over a story that broke over the weekend concerning The Last of Us II. For those who aren’t familiar, it’s the sequel to a game that gained some popularity during last decade’s zombie fad. Rumors had been swirling for years on 4chan that the Death Cultists in charge of the game studio would poz up the sequel. Newly substantiated leaks suggest that the Cultists have outdone themselves.

Tolkien (Notion Club Papers): In Paul Kocher’s Master of Middle Earth (the first first-rate work of literary criticism that Tolkien attracted) there is a

superb chapter that discusses the inter-relationship between individual choices and the working of divine providence. It is indeed a recurrent theme throughout the story. It is clear that the individual protagonists have real decisions to make, and that these decisions are genuinely free and not pre-determined; equally it is clear that there is a divine will at work shaping events in the direction of Good.

Lovecraft and Tolkien (Tentaculii): At the end of the The Lovecraft Geek podcast Price reveals he has a new book of short stories available, Horrors and Heresies, in which horror meets various aspects of religion. Price is, of course, an expert on the Bible as well as on Lovecraft and sword-and-sorcery, so a joining of the three should be especially succulent. If you want to know more of the anthology, the podcast The Free Thought Prophet #195 recently brought him onto the show to discuss the new collection.

Fiction (Telegraph India): One can rule out the possibility of the

descendants of Rudyard Kipling, Arthur Conan Doyle and Mary Kingsley — the three subjects of Sarah LeFanu’s book — of being slighted by what the author digs up about their illustrious ancestors in this ambitious but compelling biographical work. There is as much joy in it for readers as there are lessons for writers. One of the striking attributes of this work, as it traces the long and, in Kingsley’s case in particular, arduous journeys undertaken by the two men and one woman to fame and, eventually, to South Africa, is the intelligent building of the narrative’s edifice.

Weird Tales (DMR Books): A Million Years in the Future by Thomas P.

Kelley, which was serialized in Weird Tales in 1940, falls in this category. The title is extraordinarily precise: the novel takes place in the year 1,001,940. Over the past five hundred millennia Earth has been repeatedly ravaged by invaders from other galaxies, the most vicious of which are the Black Raiders from the distant planet Capara. As a result of these assaults, Earth has descended into a state of savagery.

books – count them 4 books. In my #SAVANT series of weird western/gaslamp fantasy Memento Mori, with Porter Rockwell and Elizabeth Dee (John Dee’s descendant and heir to his magical legacy). I got the rights back to my first novel Heroes of the Fallen so I have rereleased it with a new cover, slight edits and a big old glossary in the back that I always wanted included.

at a single issue of Weird Tales magazine where I do a short analysis of each story, the famous, the infamous, and the forgotten. Just to make things a little confusing, I rate these stories, unlike movies, on a 1-5 scale, with the lower the number, the better the story. You can look at these ratings as A-B-C-D-F, or Excellent – Good – Mediocre – Below Average – Poor.

the Untamed was published in hardcovers for the first time. This was a very important book in the evolution of the Tarzan series and an exciting, classic novel in its own right. I’ll let the ERB fans at The Oparian Vault give you the gory details of the publishing history: “Tarzan the Untamed is the seventh book in the Tarzan series written by Edgar Rice Burroughs. It was originally published as two separate stories serialized in different pulp magazines.

Fiction (Broadswords & Blasters): et’s get something out of the way, The

Chronicles of Amber by Roger Zelazy isn’t pulp per se. For starters, the first novel in the series, “NINE PRINCES IN AMBER” wasn’t published until 1970, putting it more in line with the New Wave movement coming out of the sixties. That said, critics have drawn comparisons to the 1946 novella written by Henry Kutter (with perhaps some help from his wife, C.L. Moore) called the THE DARK WORLD, giving it at the very least a line back to the pulps.

Comic Books (CBR): A meta-message is where a comic book creator

comments on/references the work of another comic book/comic book creator (or sometimes even themselves) in their comic. Each time around, I’ll give you the context behind one such “meta-message.”  Today, based on a suggestion from reader Rob H., we look at the OTHER Colonel Future tribute to Edmond Hamilton!

height of popularity in the late 1940s. Many scholars and fans point to Mickey Spillane as a catalyst for this pop-culture phenomenon. His debut novel, I, the Jury, was published in 1947 and became an instant runaway bestseller. The book introduced the world to the iconic Mike Hammer, a fictional private-investigator who pursues bad guys mostly in New York City. Hammer is known for his physical rough ‘n tumble, unorthodox style gained from his U.S. Army experience in WWII.

Fiction (Real Book Spy): The Top 10 Most Lethal Characters in the Thriller Genre Right Now. Who is the most lethal character in the thriller genre right now? Each year, we set out to answer that question, creating a new list based only on the books from that year. So, no playing favorites or taking into account past action from previous books. If a character stopped a nuclear attack and smoked fifty bad guys in the process last year, but turned in a less impressive performance this time around, none of what happened before 2019 matters.

Fiction (Dark Worlds Quarterly): Bram Stoker (1847-1912) won a place in literary history with one book, Dracula (1897).  It was not his only novel, but it is his only masterpiece in the long form.  The novels that followed range from passable (The Jewel of The Seven Stars, 1903) to down-right bizarre (The Lair of the White Worm, 1911).  Stoker’s earlier works are best not discussed. Stoker may have had only one great novel in him, but he did produce a small number of short stories that might have won him a reputation without Dracula.  Most of these stories were collected in his posthumous collection Dracula’s Guest And Other Weird Stories (1914).

D&D (Trollsmyth): Yesterday, my wife and I were talking about choice in

D&D, and that lead to a chat about dungeons. Apparently, she’d never experienced the classic dungeons. Her experiences with early D&D were largely of the cloaked-guy-in-the-tavern-sends-you-into-the-dungeon-to-retrieve-a-Maguffin-and-you-get-to-keep-everything-else-you-find sort. And where the monsters just waited patiently in their rooms for the PCs to kick in the door. That sort of thing. 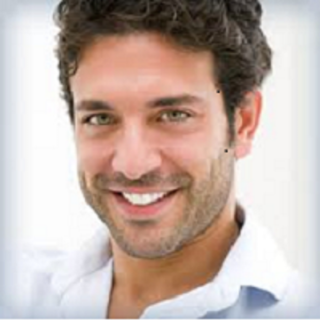